Existing software engineering models do not pay much attention to green computing that focuses on the effective use of natural resources. However, making information systems greener is possible through different steps of projects: design, development per se, installation phase...

On top of that, more and more models are being discussed and tested: green holistic methodologies, emergence of EI (environmental informatics) or Science Based Targets (SBT) methodology.

Even if some models are being thought out, it is quite hard to enforce global green methodologies because there is no silver bullet yet. Before implementing any further big holistic methodologies, the section here should help you deploy quick-wins.

Any IT project is made of design steps. Here are some tips to create quick wins:

If you develop your softwares / websites yourself, make sure you follow these easy steps below to follow a sustainable mindset:

If you wish to go deeper, ask a specialist to help you implement sustainable design Best Practices on your website.

‍- Discover Ecometer rules for a Sustainable Design of your website 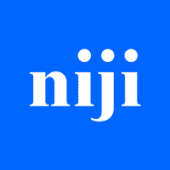 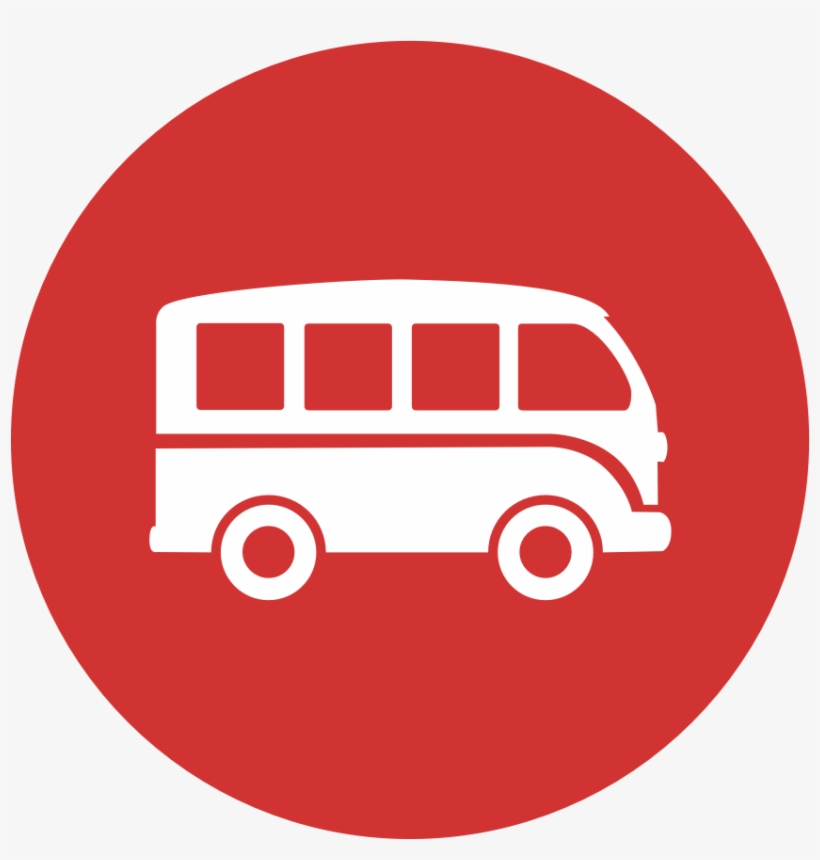 Developing a greener software relies on several focuses. There is no perfect methodology at the moment, but still, you can start following these steps:

- Sustainability - This means the software has to be created reliable, lifelong and efficient to fulfill the users' needs it is made for and, if possible, trying to aim at sustainable goals.

- Frugality - Do not develop complex architectures for simple projects. Also build reliable structures if the solution is made to last and grow. It takes more time to build things twice rather than building one structure in the first place. Simplify your code as much as possible. Always design your solution the best way to reduce your carbon footprint.

- Methodology revamp - Waterfall and Agile methodologies are the most popular at the moment. Waterfall model is definitely very energy consuming (much work can be deployed for nothing, for instance), and Agile methodologies are flexible but can create extra work or additional tasks that could be merged. The solution is simple: to save time and energy, work and design your projects before going through. It will save steps and help all stakeholders see your vision.

- Testing optimization - Testing is practically one of the longest steps in software development. To save time and energy, prefer automated tests solution for large scales phases and use human brains for simple testing before using an entire infrastructure!

- Smart monitoring - Deploy easy monitoring solutions or track your energy consumption yourself to make sure the software you maintain is on track.

By applying all these tips, you will also save money!

If you do not have time or resources to do this yourself (we know, it takes a lot of time!), go for software development agencies. You have the choice between:

of software functions requested by users are NEVER used
(Isit-Academy.org)

Merging business cases within the same solution may reduce your carbon footprint. To make sure you can (or cannot!) merge business cases, follow these easy steps:

Still, if you have to develop a new solution...follow our other recommendations and browse our website!

Train your IT teams on the digital world footprint and impact, talk with them about digital sobriety, eco-responsibility design, development of best practices mentioned in our digital Footprint & IT part and also in other sections of the website, including but not limited to Paper & Printing Best Practices , how to increase lifespan of IT equipments (and why)....

If you are not aware of the problems, you cannot resolve them!

Once they understand the problem, your IT team will eventually question their needs and habits. They will become great supporters and facilitators when conducting digital footprint audits, action plans implementation and monitoring.

Sustainable IT collage workshops can be perfect to kick-off sustainable actions! Liaise with us for more information.

Here is a very useful MOOC on Sustainable IT

Contact
Use AI & IoT with frugality and for upscale projects

For the hardware they need and the data traffic they generate, AI and IoT are definitely power hungry. On top of that, some of business cases that are supposed to enforce greener processes deliberately boosted the rebound effect. As a reminder, note that rebound effect stands the reduction in expected gains from new technologies that increase the efficiency of resource use for other reasons. For instance, working from home seems eco-friendly but if you spend the day turning the A/C on, you will end up using more energy than if you merely go to the office. As a consequence, new habits can lead to offset the beneficial effects of the new technology or any other measures taken, if these new habits are not sustainable.‍

AI and IoT can also bring up good news if they are used in a responsible way, to green up existing processes and hardware. Based on an Intel study delivered in 2018, 74% of the top 200 decision makers in businesses agreed that AI would help them enable solutions for a more sustainable world. So, who is right?

Actually, the question is not that easy to settle...

Even if no real study was delivered this way, it is quite easy to understand that AI and IoT, if not developed properly for green purposes is the opposite of sustainability.

It requires specific hardware (that need high performance and up-to-date versions) and the infrastructure they need (network, back-end, servers...) must be changed often. Also, the competitive aspect of such technologies - companies must show and deploy the best projects to ensure they are better than competitors -  require companies to work on new processes and devices all the time. This indirect impact should not be underestimated, some tech companies (and their AI suppliers of course) spend time, energy and money to develop all kinds of new projects.

Nevertheless, seeing things under that only point of view is very restrictive.

It would take days, weeks to draw an exhaustive list of all green AI business cases. So, instead of giving such a list, let's just think out some wide guidelines to deploy AI for a better world:

All these guidelines up there were deployed for recent business cases. If you wish to know more, just ask us!

of top 200 decision business makers agreed that AI would help them enable solutions for a more sustainable world.
(Intel)

Over the past years, blockchain has been deployed tremendously in many fields of activities: logistics, banking, retail...
Most large enterprises decided to go forth and use its powerful possibilities to ensure Smart contracts, safe processing and transactions or speculation. Among those large enterprises, FedEx, IBM, Siemens, HSBC proved themselves proficient and quite flexible regarding all possible business cases regarding blockchain technologies.

However, behind this huge potential lie some cons that must be spoken out loud. If blockchain is not necessarily bad for environment, companies should think twice before using it and keep it for large scale operations. Even so, for such usages, blockchain should remain used for few business cases because of its possible negative impact on environment. Here are some explanations about how blockchain can collide with environmental incentives:

- Blockchain does require much electricity. Outspoken critics point at cryptocurrencies actually. Why? Because they make the core of blockchain technology and "mining" such currencies involves huge amount of servers to mine (and "dig" cryptocurrencies") and maintain the system. On the one hand, mining needs computing power to deliver the proof of work (and thus vast amount of electricity), on the other hand, maintaining the system safe also needs massive energy. About 99% of the environmental impact come from the use of the mining equipment, with minimal contributions from production and recycling.

- Most of servers used for blockchain rely on fossil fuels. The location of the miners have the largest impact on the environment, with areas that use mostly fossil fuels for electricity, such as Inner Mongolia, China, contributing more to the carbon footprint than regions using renewable resources, such as Sichuan, China.‍

However, blockchain is being used more and more for environmental projects and purposes. There is a silver lining, especially if cryptocurrencies are being set apart from other blockchain usecases:

To sum it up, it is quite hard to quantify the impact of blockchain on the environment. Depending on its usage, it can provide amazing breakthroughs or demonstrate a significant harmful impact on our planet.

This is why it should be used with frugality for best purposes in order to save energy consumption in the end.

and 17.3 megatons of carbon dioxide are the Bitcoin energy consumption estimates as of 2018.
(Science Daily)

Disruptive Technologies for Environment and Health Research:
- An Overview of Artificial Intelligence, Blockchain, and Internet of Things

‍Know more about bitcoin environmental impact:
- from digiconomist.net
- from sciencedaily.com 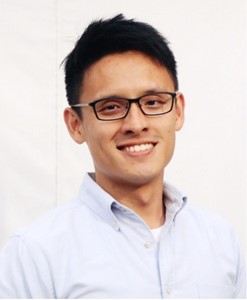 Li Seng is the founder of Green Nudge, a social enterprise that supports businesses and communities to achieve positive environmental impact through activities such as coastal cleanups and workshops, outreach talks and sustainability consulting. By raising awareness and co-creating call-to-actions with various stakeholders on sustainability efforts, Green Nudge aims to create a normative shift in the way we create and deal with waste to achieve a low carbon, zero waste future for Singapore.

Li Seng’s previous experience in the public sector in the central bank of Singapore dealing with financial regulations, combined with his current roles in the community and social enterprise sector reinforced his belief that effective public policies need to be supported by ground-up actions and engagement. Playing an interfacing role within the tri-sector, Li Seng is able to provide sectoral knowledge through a system thinking lens to make informed decisions and strategies. He is happy to discuss disposables, sustainability of events, public education, and is familiar with corporate social responsibility and community / youth engagement. 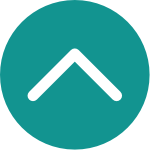